Originally posted 13 December 2014 with the title “Why are the Young People acting like Victorians”. Most recent comments from author at end of post.

A few years ago, tango began a retrenchment. I first noticed it oozing from New York dancers visiting Boston in 2009, but soon saw it in Buenos Aires, felt its venom in Wellington and Sydney, and am now confronted with it regularly even here in radical Berlin.

The retrenchment takes the form of extremely simple dancing in which the focus of the dance is not on interesting improvisation, but on musicality, and specifically rhythmic musicality accompanied by quite bigoted claims about any other values and priorities which could be pursued while dancing tango. It also involves an extremely narrow subset of tango music, eschewing contemporary orquestras, post-1950s compositions, and world music. In Berlin one gets the sense that the line of dance is more important than what you are doing in it. This is called “social tango”.

That is the form. But I believe the substance of the retrenchment is sexism.

Last week I interviewed Andreas. I love to dance with him because he’s one of the few people who operates in a tango context with something approaching expressive freedom. It was he who used the term ‘Victorian’.

I’ve been dancing about 8 years.  Here in Berlin there used to be much more creativity in the dancing.  Now there is a new tendency to  limit the range of moving the body in spite of all the skills we learned from 100 years of contemporary dance or Modern dance, (M. Graham, M. Cunnigham, P.Bausch….) and Tango Nuevo to open the body, to liberate the move, to explore movement in any direction, to learn from other disciplines.  And what’s strange is that it’s mostly the young people!  The dance in the classical scene remembers me sometimes of a new kind of Neo-Victorians.  The new ideal is to not open their legs too much, to make small, elegant, controlled movements.  They don’t want their bodies to move too much, too big, too expressive; one of the consequences is for them not to dance to Piazzolla or all the Tango Nuevo Maestros or Neotango-Music. Dino Saluzzi? Give him a concert hall, but don’t dance to his music. Don’t be too wild. Be civilised, be elegant. How can someone who is young not allow their body to be free? How is this possible after the sexual revolution?  And this is Berlin!

This movement goes by different names in different places. In NZ it is called “milonguero style”, in AU it is called “salon style”, and in Berlin it is called “social tango” or “marathon style” (after the inexpensive weekends where European dancers gather for 2.5 days of non-stop dancing).

I have been researching the origins of this boring, strange, and negative phenomenon.

Carolyn Merritt’s book, Tango Nuevo (which I have reviewed at length here), offers three insights into the retrenchment. The first is the influence of Susannah Miller’s lucrative invention of “milonguero style” in 1995 and her myth-making marketing claims around “authenticity“. The second is young Argentines’ effort to protect tango as patrimony in the late 2000s. (This was necessary for several reasons: Buenos Aires milongas were flooded with foreign tourists – many of whom were worryingly masterful; foreigners won too many top places in the Campeonato Mundial/World Championship; and aspiring professionals needed to simultaneously prepare for and resist the definitions of tango wielded by the foreign gatekeepers of the global Argentine Tango industry.) The protection took the form of deemphasizing meritocratic virtuosity in favor of nurturing young Argentines into a more accessible, social, and less demanding tango practice, while insulating some milongas from tourists. Merritt’s third contribution is explosive, although she refrains from vigorous pursuit of its significance. She reports that Gustavo Naveira’s mid-1990s Cochabamba Investigation Group (from which emerged the second-wave use of ‘Tango Nuevo’) significantly empowered women.

I am routinely accused of dancing Tango Nuevo. In short, the difficulty with this term is that Naveira’s 1990s version was only a comprehensive systematization of movements which had existed since the 1940s, when Petróleo used the phrase ‘tango nuevo’ to promote his innovations. Nevertheless, people all over the world claim to be able to identify “Nuevo” at a glance, as the contemporary depravity which disregards the authenticity of the Golden Age. I believe that what they are seeing is not about movement vocabulary but about the woman’s agility, flexibility, and range in the dance. Roughly a decade after Naveira broke sequences into elements, with the effect of accelerating improvisation, Dana Frìgoli and others developed methods for more fluid, powerful, and visible responses to the mark.

Another decade later we have the retrenchment. Frìgoli’s influential technique is not being used in milongas, despite being ubiquitous in professional performances. The milonguera’s dance became more fluid and independent for ten years and now is back to something with the appearance of untrained rag-doll. Andreas is generous with the term “elegant”. I can count on one hand the girls with elegant feet I’ve seen in Berlin – and several were visitors.

What’s in a dress? 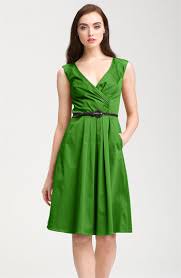 The costumes of the New Victorian milongueras are of two characters, equally excessive as sexist retrenchment. The first is prim housewife. The second is tight mini-skirt.

I have nothing against miniskirts, especially with tall boots, and I have spent some time questioning my own reactions to clothing that seems “too sexy” for tango,

Another friend had pointed out to me that in the time of Naveira’s influence, world class performers often dressed androgynously, the women wearing pants. He noted that the attitude between the partners was egalitarian. These days, he pointed out, the image projected by world-class dancers (many of whom, it must be continually noted, regardless of advertised industry “style”, deny themselves none of tango nuevo’s offensive innovations) is a sexy woman’s body in orgasmic rapture to her man’s mastery.

The mini-skirts are exhilarating to watch during back steps, which is pretty much all that can be marked to a girl wearing one. No chance of a large side step or a voleo or gancho. Marks are disconcerted when they feel your legs hit the limit of your skirt.  It’s a physical shock to the treasured connection. The girls who wear miniskirts seem to have been sheltered from the knowledge of such things, so it will not occur to them that this attire is dysfunctional for the tango repertoire.

It is not prudish to suggest that clothing should be chosen with consideration to the basic lexicon of common tango movements, without producing a series of panty-shots, ending up with your skirt around your waist, or introducing arbitrary constraints.

What is a woman for?

As the woman’s role became more virtuosic in the late 1990s and early 2000s, men became dependent on securing a partner with skills. This limited their pool, left them vulnerable to lack, and required them to work to maintain relationships with the women who could match them artistically.

Perhaps it was better to have a dance which relied less on the woman’s skill?

The New Victorian girls are not good dancers by the standards of 5 years ago (and often appear to be rank beginners), but the men do not seem to care. It appears that mini-skirts have become more attractive and interesting than dancing skills. To facilitate this situation, the men keep the dance extremely simple.

A dance re-designed for unskilled women increases the pool and ensures that men will be desired and rewarded for their accomplishments, however small.

The New Victorian boys like to say that they don’t need a big vocabulary because it’s all about the music and connection with the partner. Those dancers who do still use the entire tango repertoire are accused of not caring about connection and emotion in the dance. “The music is leading,” say the New Victorians, one of several truisms by which the New Victorians glorify simplistic dancing. (The other truisms, endlessly repeated these days to justify New Victorianism “What’s important is the connection.” “It’s important to be safe and respect the line of dance.”) These truisms are in fact heartfelt for ALL tango dancers and their absence is always a matter of level. Moreover, none of these truisms necessitate eliminating movements. The only thing that justifies reduced vocabulary is girls who can’t handle it. But why is any girl other than a rank beginner continuing to dance without gaining further skill? And why would an ambitious mark want to dance with such a girl? These are the profound and disturbing questions which ought to face the New Victorians.

The New Victorian girls want to experience sensuality and the male aura without gaining their own wisdom about and shared responsibility for the act. The New Victorian boys want sexuality without relationship, and maximum unassailable mastery without much effort, or even a practice partner.

During the week between Christmas 2014 and New Years 2015, Berlin was graced with lots of European tango tourists. I put on my conservative shoes and went dancing every night. Twice unknown partners said to me “wow, you really have a lot of energy.” The first time, I thought the guy was telling me in a nice way that I was making mistakes. The second time, bemused, I asked if it was a compliment or a criticism. He assured me that it was a compliment but wasn’t able to explain to me what it meant.

I love close embrace. I like rhythmic dancing. I have come to enjoy traditional tango music. What is troubling about Neo-Victorian events is that they have removed not only contrasts of energy. Tango music and dancing is made interesting by shifts in pace, scale, shape, and emotion. A good dance contains some of these contrasts, from fast to slow, from tight to loose embrace, from big steps to small, from sharp movements to swirly ones, from dramatic to playful, from sweet to serious. Neo-Victorian music stays within a limited range (I’ve been to events where no Pugliese was played), the steps don’t change size, the embrace doesn’t change, and the emotions don’t change. Every photo from a tango marathon looks the same, an abrazo shot with subdued facial expressions.

On 1 January, I overheard a conversation between two men who looked to be in their early 30s:  “How was the New Years Eve Milonga last night?” “Well, that DJ likes to play music with a lot of energy. For me it was too much energy.” (Note that only traditional music was played at that milonga. I was there and not a single tanda was played of nuevo/alternative music.)

Too much energy? For a young, agile man? In Berlin? At a party?

Perhaps too much energy to dance in a way that will keep that miniskirt where it looks good.

Please see updates: The Evil Sequence and the Pleasure Manifesto.

Stop memorizing sequences*
and start improvising from the elements of Tango

*or being annoyed with yourself for not being able to remember them.

Take our Lexicon Self-Test,
then use our Impro Workbook
to structure your development. 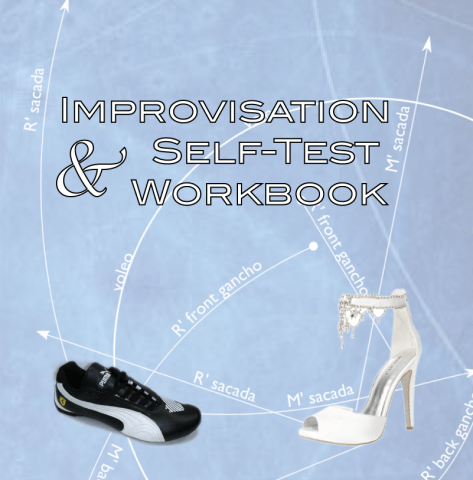