I’m not being difficult.  I really don’t get it.

People in Australia are constantly saying to me “Eventually I want to learn all the styles, but for now I’m just sticking with one.”

I am frustrated by this because I want everyone to dance better. When I see someone who’s not dancing well I want them to be open-minded about learning better technique from more teachers. However, they seem resistant to studying more broadly and they use “style” as the reason.

As a follower I cannot differentiate any tango “styles”.

Is it a style for a follower to do an ocho no matter what I lead, take three unled steps every time I pause, and sometimes go in the opposite direction of the lead because her shoulder joint is fused? Not very stylish in my opinion. These are the girls who start shrieking, while dancing with me, “I don’t dance your style!”

Is it a style to dance with a small vocabulary and a small dynamic range (and therefore a very limited musicality)?

When people say to me “I want to stick with one style first” (especially if it’s a follower who has just been falling on me, or a leader who keeps losing his hip flexion requiring me to compensate for him in every step). I can only smile and blink at them. What are they talking about?

They want to learn sequences before improvisation? That’s not a style of dance, that’s a style of instruction.

They want to learn close embrace before open? It doesn’t really matter because we use exactly the same biomechanical skills, methods of connection, and body control in both. They’ll need to know how to adjust the embrace in order to increase their vocabulary (even to do the same moves with both legs or in both directions!). Pick any video of professional dancers, glue your eyes to the follower’s left shoulder, and watch the embrace flex.

I believe that inexperienced dancers have turned the dysfunctions of intermediacy into a divisive language of style.

What exactly they are doing with their legs and how their legs are connected to the embrace is very difficult to describe and teach. I know this because I have spent the last four years studying the body in an effort to figure out how to convey the quality of motion that is fundamental to tango pleasure.

I believe that many excellent dancers are not accurately describing what they are doing. When they say things like “lead with your chest”, “walk normally”, “don’t bend your knees”, “lift her up” … they are trying to counteract certain common reactions that arise when people start trying to walk around while gripping another person, but the unfortunate end result is that they are misleading students as to the biomechanics.

What advanced followers do (regardless of the shape and height of their voleos) is control their bodies. They have the ability to hold themselves on their standing leg and project until the leader determines the precise (and sometimes prolonged) moment for transferring her weight into the music.

What you need to dance any style is body control.

Until you have it, everything is difficult. Once you have it, the movements of tango become systematic, and the challenge shifts to improvisation and musicality.

Style is moving with grace, ease, and confidence. Style is moving as if you are a dancer. Style is looking and feeling great on one foot. Style is expressing yourself fabulously in a variety of contexts. Style is having the skills to dance well with anyone. 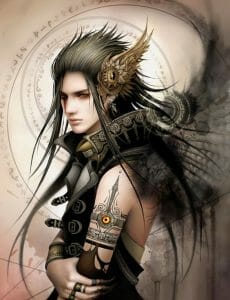 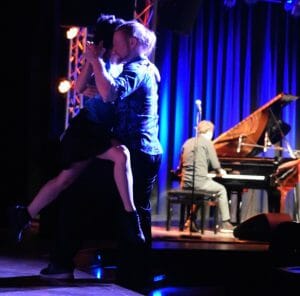 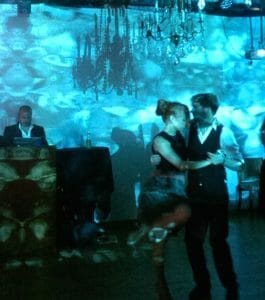