My students have large vocabularies. My beginning revels are able to feel their way through advanced moves, and my beginning marks are already interesting improvisers.

I have studied and analyzed every tango move to understand its biomechanics. Then I have distilled technique for each movement to a small number of instructions. I can teach you how to do anything and I can repair moves that don’t work. I am committed to teaching tango technique by articulating the simplest instructions that are consistent across movements and levels. I want you to understand what you are doing and apply it to new situations. If a student brings me a movement or sequence I can analyze it and explain its constituent elements.

I do not follow the ordinary canon of tango customs in the usual order. I teach moves according to biomechanical difficulty, moving from large movements to small ones as students’ muscle control improves. My beginners dance slowly and deliberately, aiming for perfect technique in every movement. As they master the technique, their dance speeds up and gets smaller.

I demand a lot of my revels, because I want to be able to do anything with them.  I teach revels how to control their bodies and maintain connection so they can dance with demanding marks and bring out the best in leaders of all levels.

I teach marks to improvise from the very first day, so you don’t get stuck in repetitive habits and you make tango your own right away.

Too often tango marks become smug and revels become dependent. How can we keep an attitude of joyful discovery and playful self-expression as we become more skilled and discerning? My philosophy is to make tango challenging and participative for both partners and to cultivate an inclusive and sweet community of dancers.

I try to point my toes, but I’m more interested in how my body works and feels than how it looks. I enjoy the tango aesthetic, but i believe that often the aesthetic is put before good function and connection, when aesthetic should be adornment.

You have to believe you can do anything with your body. Pablo Villarraza

As a scholar, I am uncomfortable with the lack of citation and attribution of knowledge and ideas which is the norm in the world of Argentine Tango. My technique has benefited from the strengths and weaknesses of all my teachers, but in refining it I have forced myself to question even my beloved friends and the resulting pedagogy does not represent anyone, although it owes a tremendous debt to those named below, and many more whose names I do not even know.

I began dancing Argentine Tango in 2005 under the instruction of Makela Brizuela and Pablo Rojas in Los Angeles, California. I took private lessons with visiting teachers. Homer Ladas impressed me with a sense of solidity and generosity, both in his way of moving and his way of relating to people in tango. El Pulpo influenced me with the possibilities of softness in the joints, and with his method of expanding a tango concept, barrida of the foot, up the leg. The idea that a plethora of movement possibilities could be made conceptually consistent was exciting to me.  Sara and Ivan Terrazas contributed to this perception. They also worked to give tango a technical and conceptual structure.

In 2007 I chose Dana Frìgoli as my maestra and began studying her technique. In 2008 I began to lead in earnest, studying at DNI in Buenos Aires, the school founded by Dana and Pablo Villarraza. During my first 3-month trip to Buenos Aires I took 2 group classes per day at DNI and three privates per week, as well as weekly milonga classes at Copello’s school. In 2009, I returned to Buenos Aires for 5 months, during which I took daily privates as a follower and two group classes per day as a leader. In addition to Dana and Pablo, the teachers who were most influential to me as follower and leader were Cristian Duarte, Pedro Farias, Julieta Falivene, and Ezequiel Gomez. I was also taught by Adrián Ferreyra and Rocío Lequio. I took many other classes from other teachers while in Buenos Aires, but none of these were influential in my technique. I continue to study with Pablo Villarraza, as well as other leading local stars when in Buenos Aires.

In February 2010 I completed the entire 30-hour annual seminar of Chicho Frúmboli as a follower and I have studied my notes and videos from this seminar repeatedly as a leader.

From 2006 through 2010 I danced at milongas 4-6 nights a week. While in Buenos Aires (now totalling 11 months), in addition to private lessons and group classes, I dance at one or two milongas every night. I have also danced in New York City, San Francisco, Paris, København, Amsterdam, Berlin, Rotterdam, Zurich, and Utrecht. As a follower  I have thousands of hours of floor time with advanced leaders of all styles from many parts of the world.

In 2010 I began intensive retraining of my body and development of body awareness and control under the supervision of pilates instructors who are also professional ballet dancers, Ali Townsend in Wellington and Simonne Smiles in Sydney. In 2010 and 2011 I studied contemporary dance technique with Alicia Orlando in Buenos Aires and Martha Graham technique with Mira Mansell in Sydney. In 2012 I resumed my study of ballet and especially the study of the foot through pointe work.

Hours of investigation with my dear friends Sebastián Arrúa and Armin Kyros were important in stimulating the development and articulation of my technique. In particular, I want to acknowledge Sebastián for insisting that we develop a technique with fewer instructions.

But most important are my students, who both motivated and underwrote the development of my pedagogy.

While most professional marks can follow to analyze the clarity of a lead, professional male marks have only followed their own teachers and students, and rarely if ever in milongas (when they can’t interrupt to ask questions or correct). As a revel, I’ve spent thousands of hours dancing in milongas, dealing with the best and worst in tango technique. I’ve studied hundreds of marks from all over the world, good and bad, at their best and worst. I’ve struggled to understand the ways they make me uncomfortable, and different ways to resolve common dilemmas. Equally, I’ve analyzed the most delightful moments that marks have created for me, the charms of embrace, musicality, and improvisation that I’ve enjoyed.

I’ve suffered too much bad marking to let my students develop uncomfortable or dysfunctional habits. Of course, like all marks, I’m inspired by what I seeartists do, but, unlike male marks, I’ve not only observed the artists, but also had the chance to feel the embrace and lead of a diverse group of charming and talented marks of various styles.

Moreover, as a woman mark at 160cm and 46kilos I can’t rely on strength, leverage, or romantic charms when I lead. I have to be clear and use perfect technique in advanced moves.

I can teach every move used in social tango with about 5 instructions. I can analyze complex sequences, I can diagnose problems instantly and provide simple solutions to leaders. I have not studied stage jumps, drags, and lifts.

I spent years frustrated when I heard marks praise “good followers” but no one could tell me how to become one of them. I paid for class after class where in an hour I’d be lucky to hear one piece of revel’s technique. Once I found a maestra willing to share her secrets, I studied hard. I’ve refined the best advice I could get, studied pilates and yoga to understand my body better, and distilled it all into a coherent pedagogy.

Revelling is not about receiving a good dance, it’s about enabling your mark to dance as never before! I demystify “good revelling” so that revels can feel confident, look great, and feel light and responsive to marks. Most importantly I show revels how they can contribute to the dance, instead of feeling passive and dependent. (And I don’t mean unled adornos, from which I generally abstain. I mean creating space that draws out the mark’s creativity.)

I teach revels how to feel empowered both on and off the dance floor. I teach you what you have to give as a revel, to enjoy your own movement rather than depending on a “good mark” to entertain you, and to understand what you can give to the mark, so his dance gets bigger.

The result is that marks say they can tell immediately when they’ve got one of my revels in their hands, even students who’ve only had a few classes! 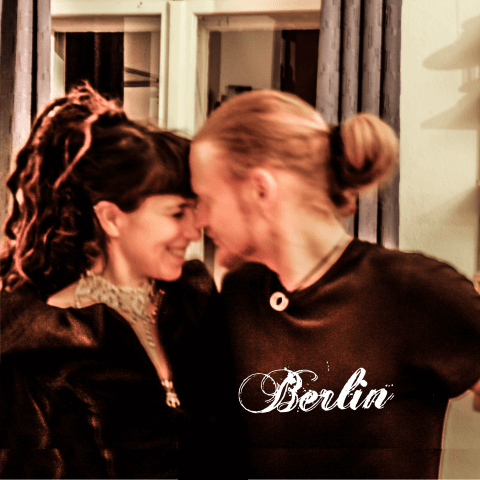